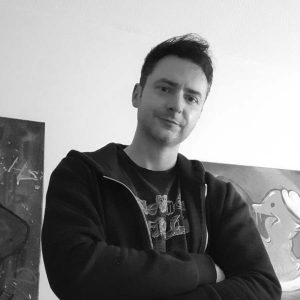 Ross is an artist who has drawn comic strips for famous British comics such as The Beano and Viz. He has also illustrated children’s books, greeting cards and countless other illustration work.

With a background in street art, he also creates humorous graffiti style parodies of classic cartoons, as well as drawing caricatures and making satirical pieces based on his observations on modern life.

He has a degree in Animation, and he sometimes animates his comics, bringing his characters to life on screen. His short films have been showcased in several film festivals around the world.